Major innovations in printing don’t come around very often. The last one was the inkjet printer, in 1976. And now there’s Zink, a full-color printing technology that does away with a messy, expensive annoyance that consumers have learned to hate: ink.

Zink’s first generation of printers was really only a novelty, spitting out prints measuring 2 by 3 inches (about 5 by 8 centimeters), but its second generation, which is only now rolling off assembly lines, allows formats of 4 by 6 inches (about 10 by 15 cm). That’s enough to crack the key home-printing market. And the technology is still very young.

The story of Zink is not just one of a unique technology. It’s about engineers and scientists pursuing a dream deep within a corporate research laboratory, long after most companies came to view research as a luxury they could do without. It’s a story of how those researchers stayed true to their dream, even as the venerable corporation whose 70-year-old brick walls sheltered them drifted into bankruptcy. The story even has a Madoff-like Ponzi scheme that sent key investors to prison. It truly is a modern fairy tale.

Once upon a time, in a 40-year-old company called Polaroid, a young Cambridge, Mass., chemist named Stephen Herchen began working on his first project. It was 1977, and instant photography was booming, led by Polaroid’s SX-70 camera, introduced in 1972. Herchen was one of 25 scientists and engineers working in a laboratory that focused on projects without timelines or product goals.

Herchen’s task was to take a look at a specific approach to instant photography that would get around a drawback of the SX-70 process, which was based on dyes that migrated up through an opaque screen to become visible. Because such diffusion is hard to control, the photographs had limits to their resolution. Herchen’s assignment was to find chemicals that started off colorless but could transform, with exposure to light, to the yellow, cyan, and magenta pigments necessary for a full-color photo. Because they’d be colorless, there’d be no need to hide them with a screen and therefore nothing through which they’d have to diffuse.

Colorless colors? It sounded like a task for Merlin. Herchen worked on the problem for about 10 years without solving it. Finally, he dropped the idea and turned to making better chemicals for traditional dye-diffusion films, contributing to the Spectra film introduced in 1986.

Then, in the 1990s, digital photography began eating away at the instant photography market, and Polaroid started scrambling. In the labs, researchers turned to developing printers for this new type of photography. They took two approaches—one intended to develop a high-speed thermal-transfer process for use in photo kiosks, code-named Opal, the other to create a portable printer, named Onyx, for consumers. Both were huge efforts and quickly became the main focus of the laboratories, with more than 100 researchers assigned to each. 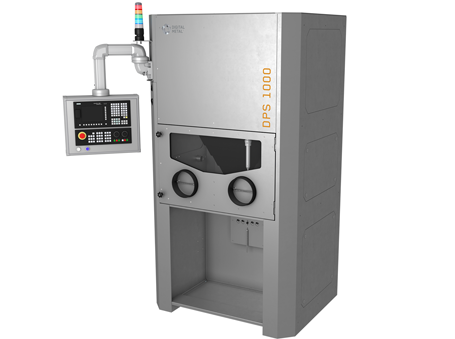 Paper supply is thinning due to Delta variant